Our built environments have both physical and social aspects to it. An occupant’s perception of the physical will affect his or her perception of the social, and vice versa. And that perception is strongly influenced by the occupant’s social/cultural background, as well as the physiological and psychological constraints placed on our species as a result of evolving in an exterior environment as hunter/gatherers - a much different daily context than our current interior environments where we spend more than 90% of our time. As I discussed in my previous post, the social/cultural norms we learn as we grow up within a given intellectual tradition overlay these physiological and psychological factors, affecting how our brains are wired at an early age. They provide a lens through which we view and interpret the world around us, essentially generating our specific experience within any given situation or environment.

In my last post I discussed how social/cultural differences can impact the commissioning of a lighting control system. Here I will discuss culture’s influence on thermal comfort - that state of mind resulting from our ability to maintain thermal equilibrium with the surrounding environment. Thermal comfort is dependent primarily on the following six factors: 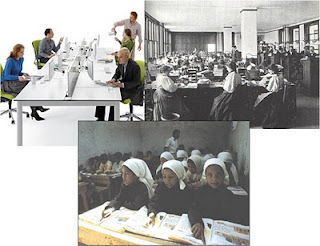 The socially/culturally acceptable clothing styles that we grow up with, which are part of the norms we learn from our family, peers, schooling, company policies, and the mass media, and which vary by activity/task/job description, gender, age, class, and culture, are part of what generate the experience of being thermally comfortable in a given situation. The perception of thermal comfort is therefore tied not only to our physiological and psychological reactions to the above six factors, but also to our ideas of “social comfort” related to conforming to one's social/cultural clothing norms. This creates many potential settings for thermal comfort conflicts among different demographic groups possessing different clothing norms (and therefore different insulative values of dress) — including the classic modern conflict between male and female office workers.

Not only does culture provide us with written and unwritten rules, or norms, for interacting with the world around us and shaping our memory and perception, but it also appears to influence the actual wiring of our brains. In a report in the July, 2010 Perspectives on Psychological Science journal, psychologists from the University of Texas at Dallas and the University of Illinois at Urbana-Champaign discuss how brain structure / function are influenced by culture, summarized here. This report builds on earlier studies, including a 2008 study conducted by a joint team from the McGovern Institute for Brain Research at MIT, State University of New York at Stony Brook, and Stanford University, summarized here.


Previous behavioral science research has established that American culture, which values the individual, emphasizes the independence of objects from their contexts, while East Asian societies emphasize the collective and the contextual interdependence of objects. The 2008 study mentioned above attempted to determine if they could actually “see” these differences in the brain itself. The researchers “… asked 10 East Asians recently arrived in the United States and 10 Americans to make quick perceptual judgments while in a functional magnetic resonance imaging (fMRI) scanner – a technology that maps blood flow changes in the brain that correspond to mental operations.”

These brain scan images from the 2008 study mentioned above show brain activity in East Asians and Americans as they make relative and absolute judgments. “The arrows point to brain regions involved in attention that are engaged by more demanding tasks. Americans show more activity during relative judgments than absolute judgments, presumably because the former task is less familiar and hence more demanding for them. East Asians show the opposite pattern.” It would appear that our culture “trains” our brain to process information in certain ways – training that begins early in our youth. 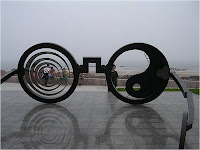 We are in essence given cultural scripts at birth that impact how our brain is wired, influencing our perceptions of the world around us as well as how we interpret the sensory stimuli that we receive and process. Paul Dourish, a human/computer interface researcher at the University of California, Irvine, put it this way: “Culture is what helps me tell the difference between anger and indigestion; it is generative of the experience.”

Culture therefore provides a lens through which to view and interpret the world and so helps generate our specific experiences. Such differences in how cultural groups communicate and process information can lead to potential conflicts or challenges within our built environments. Take lighting controls as an example. This image is of a Lutron Grafik Eye QS lighting controller. In the US when we talk about preset lighting scene controls, we use the term lighting zone to refer to the set of lights or lighting circuits controlled together. Zone 1, zone 2, zone 3, etc. - an individual entity in and of itself. If you look at the literal translations of some Chinese lighting product guides, they appear to be using the phrase “fixture groups” instead of using another separate term that subsumes the individual fixtures into one entity.

Such differences in terminology and phrasing that result from different cultural scripts have the potential to create havoc when communicating technical information cross culturally. At the very least this could extend the time required to commission a lighting control system if the commissioning agent is East Asian and the control system and/or its product guide were produced in the US (or vice versa), simply due to the difficulties in interpreting a document produced by someone with a different perception of the world around them. Some may only see this only as an annoyance, but it would never-the-less result in additional commissioning time not likely accounted for when the fees were put together. And neither is this limited to lighting control systems or these two cultural groups.

And so ends my inaugural post, providing a sample of the types of topics I’ll likely be addressing. I’ll be looking at the reciprocal relationships between people and their built environments, how those relationships impact the performance of both buildings and their occupants, and how they impact our quality of life. I’ll also be using insights from anthropology to comment on the building construction industry itself. While many of these posts will draw upon my professional life and experiences, the opinions expressed in these posts are solely my own and are not meant to be seen as representing the opinions of my employer.
Posted by Unknown at 1:09 PM 1 comment: