How a Lack of Space/Flexibility Can Impact Teacher Productivity/Performance

Spatial restrictions and a lack of flexibility can have significant impacts on productivity/performance, as was found during the fieldwork conducted for a Kansas school district’s master planning effort. Spatial restrictions in general, and the lack of space for support staff and the combined “gymacafetoriums” (gyms, cafeteria and auditorium) of several of the older elementary schools in particular, had resulted in a “culture” or “specialization” in scheduling that varied in scale from yearly/semester scheduling tasks to daily scheduling tasks. A large degree of effort was put into scheduling the multiple uses of individual spaces (down to the minute), and a lot of time was spent traversing from one end to the other of these schools, or out to the portables. As a result, a significant amount of time was diverted from the educational mission of the schools, limiting flexibility and constraining individual teaching and administrator styles. 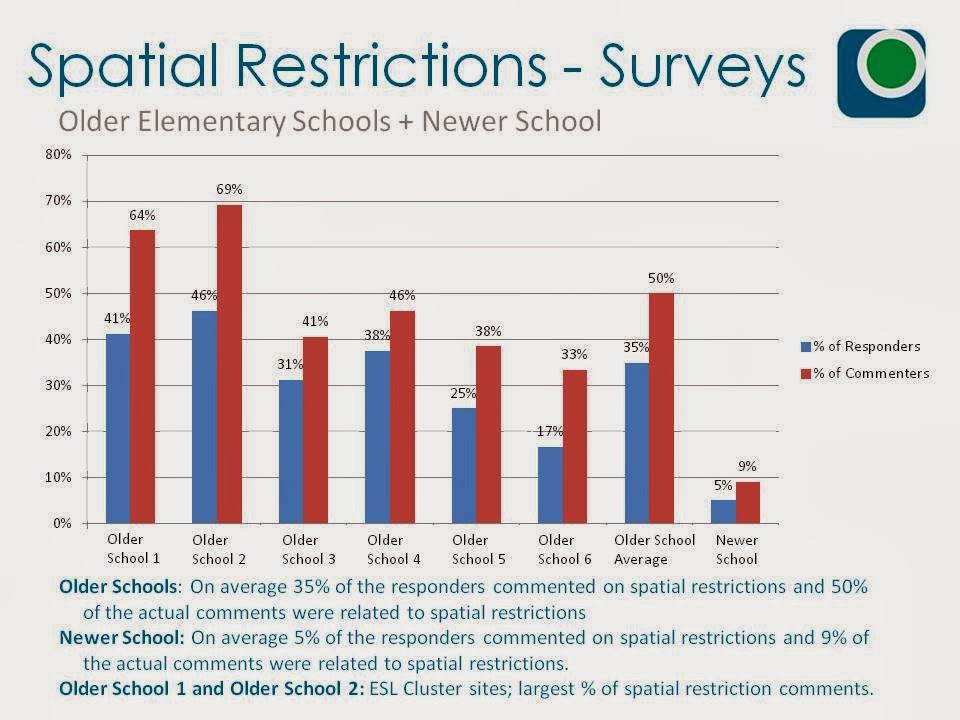 One principal stated that on the day before his interview was conducted, he and his staff had spent two hours talking logistics. He estimated that on average 15 to 20 minutes per day were spent dealing with scheduling issues and other related matters tied to space restrictions. At another school, the gifted teacher (who at the time occupied a former closet space), lamented that on the morning of her school’s interviews she found a special education meeting occurring in her office when she came in. As a result she had to find a space elsewhere to operate from, but that space ended up being taken over as well. The end result was that “education hadn’t happened in her room that day …”

At a third school, one staff member commented: “There are not enough staff restrooms and they are too far from the gym.  I only have a couple of minutes usually to walk halfway down the length of the building to get to a staff restroom and since there are only 2 toilets in that location they can be occupied when I need to quickly use the restroom and get to my next class. It creates a lot of anxiety!  I hate to make my classes/teachers wait for me.” 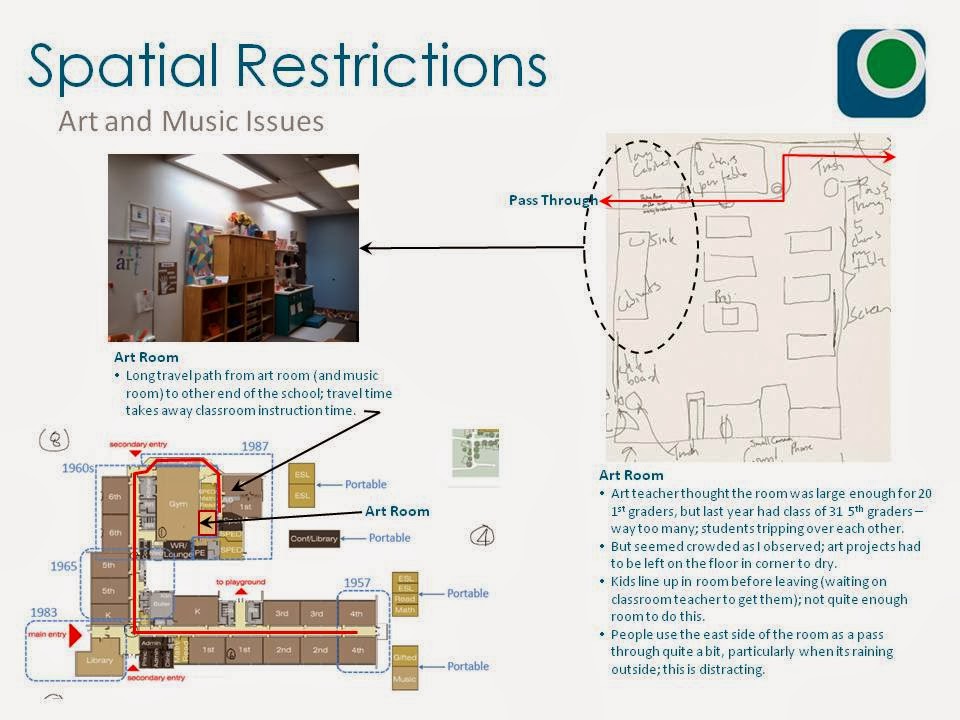 In the end, after implementing surveys and conducting in-context interviews and observation, and analyzing the data gathered, we conservatively estimated that addressing the elementary school space restrictions and lack of flexibility issues would have the following benefits:
Another way to put this is that at least $722,970 – $883,630 was annually being spent for tasks/efforts not directly related to education, but required by the limitations of some of the district’s facilities. And these limitations weren’t present in all of the schools, creating a source of inequity among the district’s elementary schools. This became one of the many items addressed in the master plan, as well as one of the many reasons presented to the community for supporting the associated bond.
Posted by Unknown at 8:25 PM